“How to be a Film Composer” Part I: The Mindset of a Composer 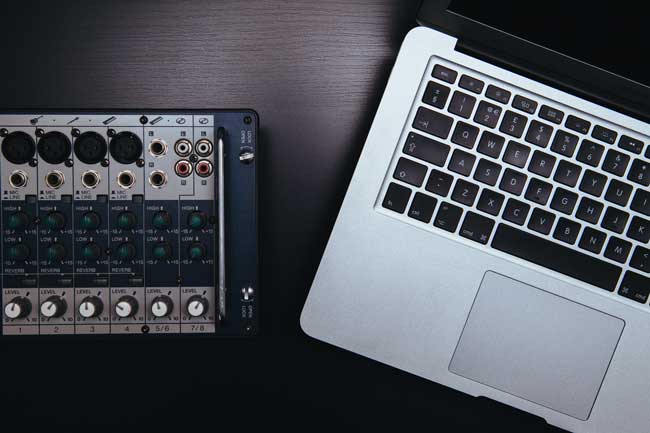 So you want to be a film composer huh? Well with the correct mindset, the right tools, and a little bit of luck, the path can be treacherous but also very rewarding if you can achieve the high honor of scoring Hollywood or independent films.

Like many professions, the competition to become a full time film composer is high, but nowhere near as high as actors, or music artists, or something where the term “celebrity” is attached to it. While there are a handful of “celebrity” film composers such as John Williams, Hans Zimmer, or Jerry Goldsmith, there’s another 99% of the field that’s inhabited by well-paid, full-time, but mostly unknown composers.

Some of the more popular film composers even have a much lower chance of being recognized on the street. This is a career for a creative, but also somewhat introverted individual, as many hours of the day or night will be spent alone in the studio. The bigger your career gets, the more of a “team environment” your daily routine will become, but the early days can be especially lonely.

Let’s say that you’re really good at either composing scores by hand with pencil and paper, or specialize in a more modern approach of creating within a DAW (digital audio workstation), while these are your main tools of the trade, you’ll need to exhibit a few other traits in order to survive and thrive in this career.

1. Be able to tell a story with music

So you just got hired to score a new movie! It’s your first film score, but you definitely know how to write music. What’s the first step? Well, ALWAYS start with the STORY. Think of the story of the movie as a coloring book, where you have to stay within the lines of what has been created on the screen or in the script, but don’t feel obligated to color everything the exact color it is expected to be.

Painting everything in inverted colors gives the story a unique spin. As long as you stay within the lines, people will be very impressed and consider it “well-done” considering you broke the rules in an artistic, correct way, without coloring outside the lines, which can be jarring musically but also ruin a great movie. So obviously the story can give you the pallet to work with, but how do you in fact choose which colors to use? Well, look no further than the story!

A combination of understanding the story and also the motivations or feelings of the main character(s) is essential to crafting a score that will serve the film as a whole.

2. Communicate well with the director

The relationship between the composer and director is one of the most important relationships within the filmmaking process. Obviously the director is the core individual who is bringing the vision of the script to life, so therefore every connection the director has with their talent is incredibly important to making sure the director achieves the best results possible.

As composers, we are ALL afraid to show the director our first draft of music, or have a spotting session where you actually talk about and play the music in person together.

It is paramount that as a composer, you can find a way to get as much information related to the story and core character(s) as possible out of the director. With this knowledge, you are much better equipped to create an amazing score, since we all now know that the story is the heart of the film, and if we know the story, we can have lines to work within, which gives us rules to follow, which we can then break (but only when it serves the story).

It all comes full circle! Some of the best movies ever made include a consistent relationship between the director and composer such as Spielberg/Williams, Nolan/Zimmer, Cameron/Horner, Zemekis/Silvestri etc.

If you’re a composer, other than working as an assistant for a well-known composer, one of the best things you can do is to develop consistent working relationships with directors who you work well with and they also make kick ass films!

This sounds like a catch 22 right? Familiar AND unique? Well, it CAN be done, and is a MUST if you are going to make it successfully as a film composer for the long haul. Once you’ve established the musical tone and pallet for the film, you should work within that set of rules, but break those rules at opportune moments.

Think about the music from Indiana Jones (especially the action scenes) and listen to how John Williams stays within a specific style that fits the scene, incorporating in the main theme for Indy, but instead of playing the theme out fully, it gets interrupted by the action and some notes change ever so slightly.

This is the perfect way to balance the music that best fits the scene while also including the hero’s theme (or at least keeping the lead character’s point of view in mind). This keeps you in the perfect place of focusing on the main character while also staying within the lines of the film’s universe and individual scenes.

You want to think of it as making your audience comfortable with familiar chord progressions or moods initially, but then giving it a slight spin somewhere to create something they aren’t expecting. This is the biggest problem many composers face: balancing music that audiences expect with musical changes that enhance the scene, music, and tone all at once.