Why Is Music ACTUALLY Important To A Film? 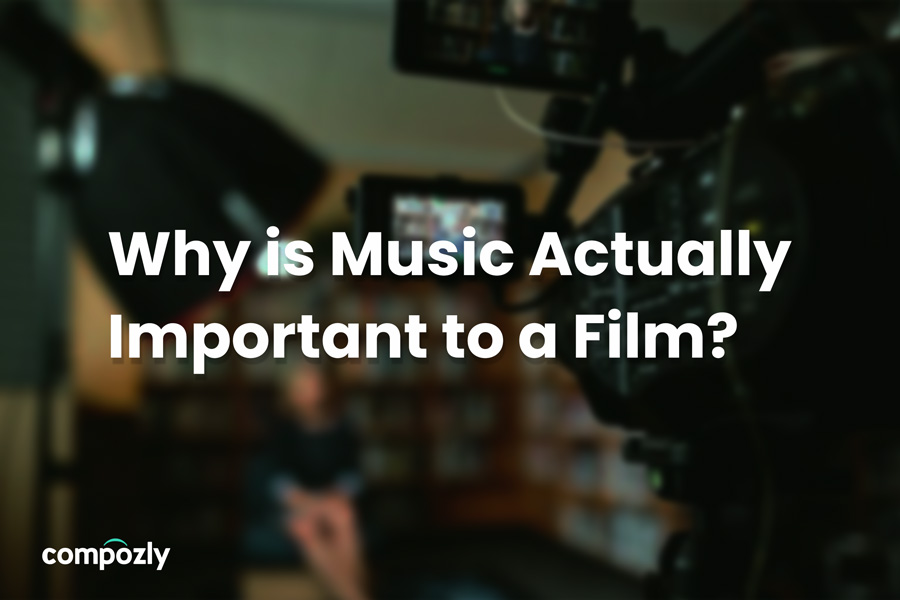 Have you ever watched scenes where the music is an integral part of the scene and have the music removed or changed? Well, let’s analyze the following examples of this and see what we learn!

Yikes… Awkward haha. Star Wars may be the biggest culprit of having scenes that just don’t work without the genius that is John Williams. To be honest, any music would work better here than nothing. This is a prime example of a scene that was shot entirely with the intention of having heroic music written over it later in the production process, and without the music, it’s just a very weird, echoey, vibe with lots of smiling, coughing, and nodding. Just for your sanity, here’s the original version WITH music:

This isn’t quite as bad as the ‘Throne Room’ scene from Star Wars in terms of needing the music to avoid awkwardness, but it still loses the magic that John Williams brought to the journey to the island along with the wonder of seeing the dinosaurs for the first time. It feels more like a documentary without the music in this instance, because there’s constant helicopter, jeep, and gate noises, along with some dialogue. This really shows off how good a director Steven Spielberg is at shot selection and camera work, as even without the music it’s still passable, just not as movie magical.

PIRATES OF THE CARIBBEAN: ONE SCENE / MULTIPLE CUES

Here’s an example of how different styles of music can change the tone of a scene dramatically, despite how the visuals portray the scene. Maybe it’s because Jack Sparrow is a very animated and over the top character, so it’s easy for us as an audience to go with each of these scene variations. However, you could use this same technique of switching up the music with scenes from basically anything and get a similar effect. As composers, it’s your job to craft something that almost goes unnoticed because it fits so well with what’s happening visually on screen, along with emotional undertones.

One of the most iconic opening scenes of all time is the ‘Circle of Life’ song showing the rising sun with wild animals and wide landscapes. As you can tell from this video, the change in music greatly varies the tone of the scene, ranging from creepy to funky to epic. Now a couple of these could have actually worked, but because of the epic-ness of what’s happening on screen, the big orchestral music that mixes in beauty and hope with a lyrical pop melody was what we hear in the final film. Disney is great at mixing in great pop music with scores that match that lyrical and melodic idea, such as Tarzan, Brother Bear, Frozen, and obviously many more.

TRY THIS AT HOME: When studying film scoring, try out this same technique by searching for movie or TV show scenes “without music” and try composing something over those just to practice styles of music that would work in each scene. Even try some that don’t work just for fun! This will allow you to understand more of what to compose in certain scenes, but always take what the director says to heart when it comes to a style they want, or emotional undertones. Sometimes you can compose something that works for everyone, and sometimes you may need to recommend no music in certain scenes that work better without (think The Dark Knight Rises Bane Batman fight), or suggest a couple style examples if they are unsure of what they want musically.